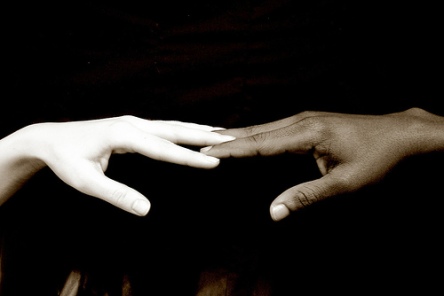 You don’t need to be the sharpest tool in the box to realise how racist Egypt is, or how little the discourse of rights relating to race is embraced. I have not previously written about this because it is one of the very few things that make me ashamed to be a human being. Racism: an irrational, innate belief in superiority in oneself over another based on skin pigmentation.

I remember a Jamaican friend of mine in London in 2002 telling me that Egypt was the most beautiful country she’d ever been to, but that she would never go again because of how racist they were. I was shocked. Egypt? Racist? I thought that this girl must have just been very unlucky and had met one person who had said something about her beautiful colour and she’d taken it to heart. But Egypt, my favourite little fruit of Africa, surrounded by all my black brothers and sisters could never, yes never, be racist. Ten years later, however, I am sat in my balcony in Egypt typing this blog fuelled by my rage and disappointment not just because Egypt is, in fact, racist, but at the extent of this racism.

I went to find a quite spot in City Stars today, some café to write up my field notes – I am here in Egypt doing my PhD and doing some work with Street Kids in the meantime. Anyway, so I walked in to City Stars, minutes before they opened for the day. I had a quick chat with a black cleaner outside about the weather and about what a shame it was the person who had discovered air conditioning had not won some world-recognised prize. I then walked into Spinney’s (supermarket) and chatted to the three black cleaning staff about how empty the stores were early in the morning. I had just met four black people. That in it’s own right was strange for Nasr City. Nothing struck me as strange because just as many – and more – white(r) cleaning staff was around. I found my way to Cilantro and settled in. A group of ladies arrived at a nearby table. Again, I only noticed the black girl between them when I realised that when the food came, all the white women started to eat and she was standing with the baby by the door so that his moaning didn’t disturb them while they ate. I sat by the door that Mary was stood by, and we started to speak. We had a pleasant exchange, found out she was an Ethiopian refugee and that she would eat later at home because she didn’t want her employers to spend money on rich food like the food they served here.

I decided to pack my work up and do some other type of research. I walked into 35 shops. I found no black sales assistants. No black management. But during my walk from shop to shop, I met 6 more black cleaners. Why was there no racial equality in the division of the labour available to them? Was it purely a coincidence that the 9 black people I met today lacked the competencies to make them anything other than cleaners and maids? Let me make something totally clear. I have no qualms or issues with cleaning as a job. Be a cleaner, it’s a wonderful job that makes a lot of people’s experience of the world more pleasant. But why was the Nubian graduate of commerce sweeping the floor this morning? Why was Mary from Ethiopia, the law graduate a nanny to the Egyptian elite? Why were Sudanese men famous for being the average mans porter in Egypt? Why were the Nigerian women made to dress in white so you could segregate them as nannies and away from the elite in sports clubs? Why don’t I walk in to the clothes and accessories stores in City Stars and see black sales assistants? Why have I never walked into a hospital to be examined by a black doctor? Or shaken hands with a black engineer at Rehab? Or had my nails done by an African? It seems true, then, that it is the new stamp of status, class, and wealth to employ a black porter to open your door or a black maid to run errands during the day in the city’s scorching sun. We are a nation that will not embrace the minorities or afford them equal opportunities.

Every time, and without exception, when I show my wedding pictures to my family or friends in Egypt, someone must feel the urge to make some comment about pictures of my black friends in their superb coloured clothes. How many of you in Egypt been around a new-born and everyone in it’s family, the first things they are saying are around an examination of how white and beautiful, or black and ugly the baby is. And everyone laughs! What are they laughing at? That child, if the slightest bit dark skinned is doomed to a life of nasty comments from the family of why she/he were so unlucky they didn’t take after their fairer mum/dad.

We are a contradictory society on so many different levels. We claim to be a merciful, kind and religious society. 89% of Egyptians are reportedly Muslims. Despite the fact that I am constantly quoting from the Bible on twitter, I have, to many people’s surprise, read the Quran many times over. In Islam there are many Quranic verses and sayings from Mohammed that totally prohibit racism. Here are a few for the interested reader:

“O Mankind, we created you from a single pair of a male and a female, and made you in to tribes and nations so that you may know each other (not that you despise each other). Verily, the most honoured of you in the sight of Allah is he who is most righteous of you.” (Al-Quran, Chapter 49, Verse 13)

And of Mohammed: “Allah does not look at your appearances or wealth but looks at your actions”

As for the 11% Christians in Egypt, they are no better. You would think being discriminated against in their own country they would have some mercy on those who were also a minority. But come on, be honest Christians, how many times have you heard someone from your family or your congregation say something along the lines of “she married a Sudanese man, but he’s white and handsome”. And here is what the bible has to say for racism:

Acts 10:34,35, NIV. “Then Peter began to speak: ‘I now realize how true it is that God does not show favoritism but accepts men from every nation who fear Him and do what is right.'”

James 2:8-9, NIV. “If you really keep the royal law found in Scripture, ‘Love your neighbor as yourself,’ you are doing right. But if you show favoritism, you sin and are convicted by the law as lawbreakers.”

My religious education class over. It needn’t even be a matter of religiosity. It is a humanitarian question. We are equal in Egypt in terms of the injustice the past and current regimes are subjecting us to. Yet it seems we are following the theory that suggests the oppressed become oppressors. And being oppressed by our governments we are turning to the weaker, the poorer and even turning to the equal but different to practice that oppression on.

It is so deeply rooted though. I switched the TV on once (this is always a very rare occasion for I hate the box set), and stood to watch in horror an advert for a product called “Fair and Lovely” that apparently, if applied twice a day over the period of a month, lightens your skin up to seven shades and apparently, as a result you are more beautiful and happier. I felt an acute need to throw up after watching this ad. I remembered reading a study of the poor in Egypt who do all sorts of horrible things to get money to afford skin brightening, lightening creams in hope to become more attractive and have higher chances of finding a husband.

The street kids I work with are mostly dark skinned children. There are two babies born to street mothers that are the favourites. It is no coincidence that they are the lighter skinned babies. They are bought out and shown to the ambassador’s wives when they visit, they get to wear the newer of the hand me down clothes that are donated and they are hugged and wooed the most. Does it not strike anyone that there are no fair skinned street kids? What is that saying about poverty and violence, abandonment and assault directed at the darker skinned kids? Why are they running away while the fairer skinned kids are resilient to poverty, able to deflect violence because they’re too cute to be beaten. These are the stories coming out of the shelters. It’s the elephant in the room. It’s the story that’s easier to dismiss. It’s the feelings that are uncomfortable to deal with.

One day, an old lady hit me with her handbag on the bus in London when I sat next to her. She called me a bloody foreigner. I’ve lived in London 32 years – that’s all my life – and that was the 3rd racist comment that was directed at me. Are there racists in London? Of course there are. But I want to bring my kids up in London because I want them to see a Black, White, Asian, Caucasian, Chinese cleaner, sales assistant, doctor, plumber, teacher. I want them to play in the park and take a picture like the one my best friend Dina sent me of her kids on a merry go round with almost every race represented in the faces of the children.

Do the majority of black people have chips on their shoulders? Of course they do. Just like the Christians and the poor. The “majority” has peeled that potato and have placed that chip nice and firmly on every shoulder so that at the slightest look or gesture they take offence. I’ll know this uprising has hope of becoming a revolution when I see companies take pride in recruiting minorities.

Till then, here’s to all the amazing black people I know, thank you for teaching me how to deal with my afro hair and just for being a standard part of my life. Race is an capricious label that has no legitimacy.